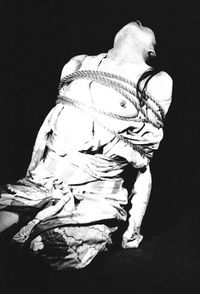 “The name Yukio Kanai often appeared in photos as the person who created the photos, but at this time I don’t know who he actually was. So, he existed as the photographer, naturally, but who he was was unclear. However, in photos where he appears, there are traces that he should surely be Seiu.”[1][※ 1]

“He was connected to Seiu as the one who took the photos at fan photo gatherings either during Seiu’s lifetime or posthumously.”[※ 1]