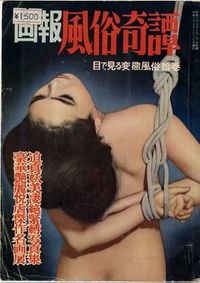 Gaho Fuzoku Kitan was an SM magazine which covered an extensive variety of fetishes from Japanese SM to foreign bondage to hojojutsu to male eroticism.

Sold as a separate volume to Fuzoku Kitan magazine.