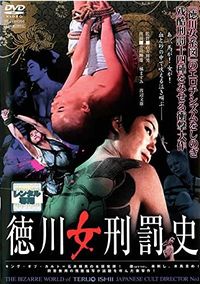 History of Tokugawa Female Punishment (1968) is a mini-anthology of three sensationalized accounts of torture in Japanese history.

"A fiery autumn epic that not only provides an intense thrill in the popular “sexual love genre,” but wants to raise modern awareness of the various phases of the unimaginably severe punishments of the Tokugawa period, the moaning and resistance under them, the joys and sorrows of those long gone men and women, and the state of these 'punishments.'"[1]

The kinbakushi Takashi Tsujimura was hired to design the bondage for the movie. Tsujimura wrote articles about his experience in Kitan Club.

The third story features the torture of Dutch women.