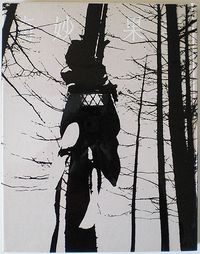 Kaoru Roppongi was a kinbakushi who flourished in the 1970s and 1980s.

1978: Publishes Shibari Scheme in the first issue of Specially S&M.

1980: Roppongi writes about how he became responsible for the bondage with Naomi Tani in issue 1 of THE HIGH SUN&MOON.

Though close connections with Kai-ichi Seda, Roppongi's work appeared many times in Sun&Moon and Specially S&M, as well as SM magazines published by Sanwa and Million Shuppan.