Akasaka Blue Chateau is an SM club operating from 1980-1987. Created by Mary Aoi in 1980 and located in Akasaka 2-Chome, it hosted SM shows about once per week with appearances by Eikichi Osada and others. 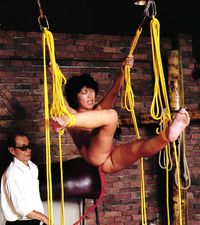 Photo of Eikichi Osada thought to be taken at Blue Chateau.[1]

Later, moved to an apartment at Azabujuban 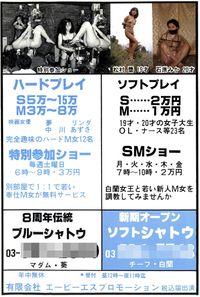 Advertisement in the July 1987 issue of S&M Sniper. 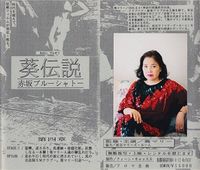