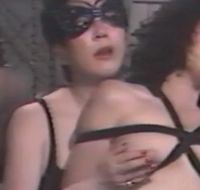 Kazuko Seki was a mistress and the proprietor of SM club Nakano Queen. In the 1990s she serialized kinbaku lessons in SM Spirits magazine. She was a member of "Nakamura."

1990s: Writes a series of articles on kinbaku techniques in SM Spirits magazine.

Seki was a member of "Nakamura."