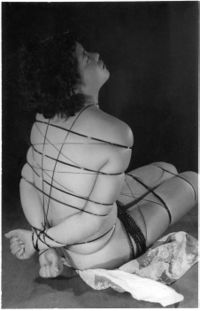 Originally from Nagano, Ibuki lived with her mother and younger sister in Shikigun, Nara.

1966: In Osaka, Ibuki plays with both Mayumi Yoshino and Takashi Tsujimura.

According to Takashi Tsujimura, Ibuki had strong masochistic feelings toward being a "female pig."

Ibuki traveled to Osaka three times a week to study dressmaking as a pretext for modeling for Kitan Club.[※ 2]